Another quarter, another big drop in sales for Peloton Interactive (PTON 0.54%) While losses narrowed, the outlook for the coming holiday quarter indicates sales will be much lower than anticipated.

Peloton is making progress toward its goal of attaining break-even status on free cash flow by the end of its 2023 fiscal year (which ends in June). Its operations burned through $246 million in the first quarter, compared to $421 million in the fourth and $747 million in the third. Although CEO Barry McCarthy believes the connected fitness equipment maker will actually achieve the goal early, he is hedging his bets a bit that “it is not a guaranteed outcome.”

In short, things could get uglier — and Peloton is going to have to get a lot smaller still — before they get better. 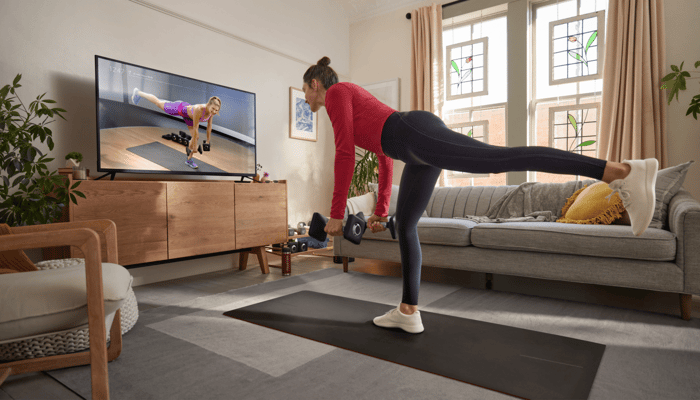 Product sales in a tailspin

Peloton reported a sharper-than-expected 23% decline in revenue as product sales plummeted 59% to just $204 million, though it was partially offset by a 36% increase in subscription revenue, which rose to $412 million.

Although it ended this past quarter with 6.7 million connected subscriptions — more than last year — that was still down 3% from the 6.9 million it had at the end of the previous quarter.

Peloton abandoned tracking the engagement it has with its subscribers, or at least sharing that information with investors, so we no longer know the number of workouts its subscribers performed. We do know that customer churn remains elevated, though it’s down sequentially from when it had raised its subscription price.

It seems clear that Peloton is transitioning into a simple fitness app as its products become increasingly irrelevant to its growth plans. Despite having recently introduced a new, high-priced rowing machine — or maybe because of it — the real progress Peloton is achieving is coming from signing up new connected fitness subscribers.

Trying every which way

Having once expected the pandemic-era at-home fitness boom to continue forever, Peloton is scrambling to grapple with the reality that, especially in current economic conditions, pricey equipment is a luxury, not a necessity.

Peloton forecast that its fiscal second quarter will generate between $700 million and $725 million in revenue, far below consensus estimates for $866 million. It is also guiding toward an adjusted loss before interest, taxes, depreciation, and amortization of $110 million to $115 million, whereas Wall Street was expecting a $108 million loss.

Yet McCarthy maintains that “the ship is turning.” He is laying off thousands of workers and selling off non-core operations — and also trying new options. Peloton established a storefront on Amazon, which was reportedly a popular place for people to pick up gear and accessories during its second sales event of the year. It’s also selling equipment in Dick’s Sporting Goods stores. The equipment maker also announced a partnership with Hilton Worldwide to place its connected stationary bikes in all 5,400 branded hotels in the U.S.

The CEO maintains that the plan is working: “For the last nine months my goal has been to turn around Peloton and position it for sustained growth and scale. I thought it would take a year. We are beating that timeline.”

Some steep hills ahead

A lot may depend on whether the economy sinks further. The Federal Reserve continues to raise interest rates at a historic clip, housing is tumbling, and inflation remains at 40-year highs, undermining any gains in income.

Peloton’s boom was one borne on the wings of government stimulus checks, which, when finally turned off, revealed the true level of demand for this luxury item. With a stock down 90% from its highs, that may be as good as it gets.